Once You Go Mac, You’ll Never Go Back

My first computer was not an Apple computer. When I was in grade school, I began using Microsoft Windows based computers, the kinds with huge 5.25″ floppy disks. In 1998, my dad bought our first home computer, a Dell XPS with 256 MB of RAM and Windows ’98! We were all impressed and excited that we could add a custom desktop background, surf the net and check email with dialup, use MS Word, and play games.

In my first years of college, I was still a Windows guy. I had heard of Macs, but didn’t want to go into that realm of the computer world. I had learned the PC (Windows computer) well, and didn’t want to start something new or unknown. As a high school graduation gift, my parents bought for me a Dell Inspiron with 512 MB of RAM and a 40 GB hard drive! I felt powerful and on the cutting edge. That computer felt fast (compared with the XPS). I played games on it, surfed the net, and used Adobe Photoshop and Illustrator for school (and fun).

Before I graduated from college, I had to take a set of classes which still haunt me to this day. Actually, these classes set me up for the rest of my design career! Had I not taken these classes, I don’t know if I would have ever been introduced to a Macintosh computer in such a great way.

I remember the first day of class. I walked in, looked around the room full of white iMac computers, selected one to use, and sat down. I noticed that the computer was not a PC, but a Mac. I was a few minutes early, so I decided to turn the computer on and get acquainted with it. After searching (for what seemed way too long), I asked my instructor where the power button was. It was on the back. “That’s easy enough,” I thought. I don’t remember all of my initial experience with the computer, but I remember finding 3 major differences from a PC: (1) the Finder app will allow me to search through the entire computer’s folders, files, and applications, (2) the Command key takes the place of the Control key on a PC (of course, the Control key is still available on a Mac, it just has a different function), and (3) programs (“applications” on a Mac) are not placed on the desktop, but rather in the “Dock”, by default, at the bottom of the screen (even when any application is open!).

After 2 weeks of using these computers for 2 hours a day for 3 days a week (about 12 hours total), I felt very comfortable with the Mac. I realized that while performing the same functions on a Mac as on a PC, I was overthinking how to do things. For example, if I wanted to open a file, I just needed to open a new Finder window, either by clicking the Finder icon in the Dock or by clicking “Cmd + N” while viewing my desktop. I didn’t need to click the “Start” menu button, click either “My Computer” or “My Documents”—which I could never remember which one I needed, and typically opened both before I found what I was looking for. Everything was accessible with just 1 click, as opposed to 2 or 3 clicks (or several more if I clicked the wrong button). Macs were (and are) just better organized and more intuitive. That’s what first started me liking the Mac. Though, I was still not yet a fan.

My instructor, David, was very knowledgeable about Macs. He knew keyboard shortcuts, software / hardware capabilities, and even many deeper technical aspects of Macs. He wasn’t trying to sell anyone in the class on Macs (as this was an advanced design, print, and web class), however, he felt strongly about using a Mac for work. Here’s what I learned, and what really sold me on Mac computers…

Once I saved enough money after college for my first Apple laptop and began using it, I swore to never use a PC ever again! I have to admit, my frustration level went from about a 10 to a 2 once I switched. I wasn’t expecting to feel such a relief, but I did!

I have strictly been using Apple computers professionally for over 8 years now, and will never go back to using a PC. As one of my bosses once said, “Once you go Mac, you’ll never go back.” Isn’t it true? I haven’t gone back, and I never will. Not to say I haven’t had to use a PC now and then, and every time I do, I remember how thankful I am to use a Mac for home and work and not a PC. Nothing frustrates me more than poor quality workmanship or unnecessary time-wasting.

How about you? What has your experience been with Apple computers? What things do you like best about your Mac? 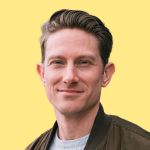 Adam is a visual communicator (currently Sr. Graphic Designer) at Calvary Church in Albuquerque, NM. He has been designing for print, web, and digital advertising for over 15 years, and is passionate about helping small and large businesses succeed through advertising and brand identity.

Flat Device Mockups
To Test a Man’s Character, Give Him Power